One of Wisnio's co-founders, Tõnis Arro, shares a selection of nightmares stories from his time as a headhunter.

During my 30 years in headhunting, I have heard about and encountered several nightmare stories. Here is a selection of these and a simple solution.

It can happen that sometimes influential people – like a senior executive – join the decision-making process at the final stage(s). It should not be a problem, but it often is because they have their own strong opinions that differ from others.

And since they were not initially involved, their ideas were not included in the brief and thus not considered as a search criterion.

The client rejects a candidate with superficial reasoning

A colleague told me about a client who rejected a candidate based on a personality test results. The test indicated that the candidate was a “people-oriented” person. What’s wrong about that, I asked? He explained that they once had “another employee who had the same personality profile, and this manager was too kind to his subordinates – not demanding enough.”

The hiring manager had done his own “research”, calling up other executives he knew well with whom the shortlisted candidate had been working with in the past – “I asked them how they would rate the candidate on a scale of 1 to 10 … not one rated him as 10.”

I once heard a client reject a shortlisted candidate on the grounds that “someone I trust told me that this candidate is not suitable to our culture.” The hiring manager put complete trust in what someone else had told them and refused to interview the shortlisted candidate who met all the agreed criteria for the role.

On another occasion, the hiring manager had done his own “research”, calling up other executives he knew well with whom the shortlisted candidate had been working with in the past – “I asked them how they would rate the candidate on a scale of 1 to 10 … not one rated him as 10.”

To learn more about Wisnio and how we can help you build high performing teams, sign-up for a free account here.

This is one of the most common frustrations for headhunters. The consultant goes through the process and presents a shortlist of candidates… and then has neither control nor even knowledge about what happens next.

Sometimes the candidates report back that they have gone through a series of interviews (sometimes up to 6 or7!) with different stakeholders – all kind and pleasant conversations along with some psychometric testing and interviews with psychologists.

At first glance, this one might look like a less obvious example of unprofessionalism than the other cases described here, but adding several interviews does not make the process more professional. Especially when they are conducted like they usually are – free-floating chats with no structure.

What can you achieve with a 4th, 5th, or sixth interview that you did not with the first three? In fact, you don’t even need three, just do a panel interview, and do your separate ratings.

The importance of a well-defined process It does not take much for a professional process to make an unprofessional turn, as the above examples demonstrate. Many of the above problems can be avoided or, at the very least, mitigated by adhering to a general principle:

The headhunter has to have a well-defined and -structured process in place.

It is not enough to have it written down on your homepage or framed on a wall in your office. It only works if followed. That means achieving buy-in for the process from the client/hiring manager(s) before starting the search assignment and being strict in following it.

Years of research and best-practice tells us that the general rule to follow in hiring can be summarized as:

Slow thinking or System 2 is a term coined by Daniel Kahneman and refers to a slow, effortful, logical, calculating, and the conscious way our brain forms thoughts.

There are things that can and should be decided fast. Like when your house is burning, it is best to get out, fast. You can also decide if you want to go out for a date with someone you met socially at a party just today, but would you immediately propose to them? Probably not.

“The advantage of using technology is that it brings science and data to support high-stakes decision-making.”

Timo Jäntti - Chairman of the Board, Taplow Finland

So why are most hiring decisions made just like that – fast? One of the reasons is massive dysfunctional management folklore stating things like “strong leaders decide quickly,” “you will recognize the suitable person immediately when you see one,” or even the widely-known and often repeated slogan “hire fast and fire fast.”

The latter is partly true, of course – if you hire fast, you better fire fast as well. But, of course, no-one should hire fast in the first place.

What is a good search process? 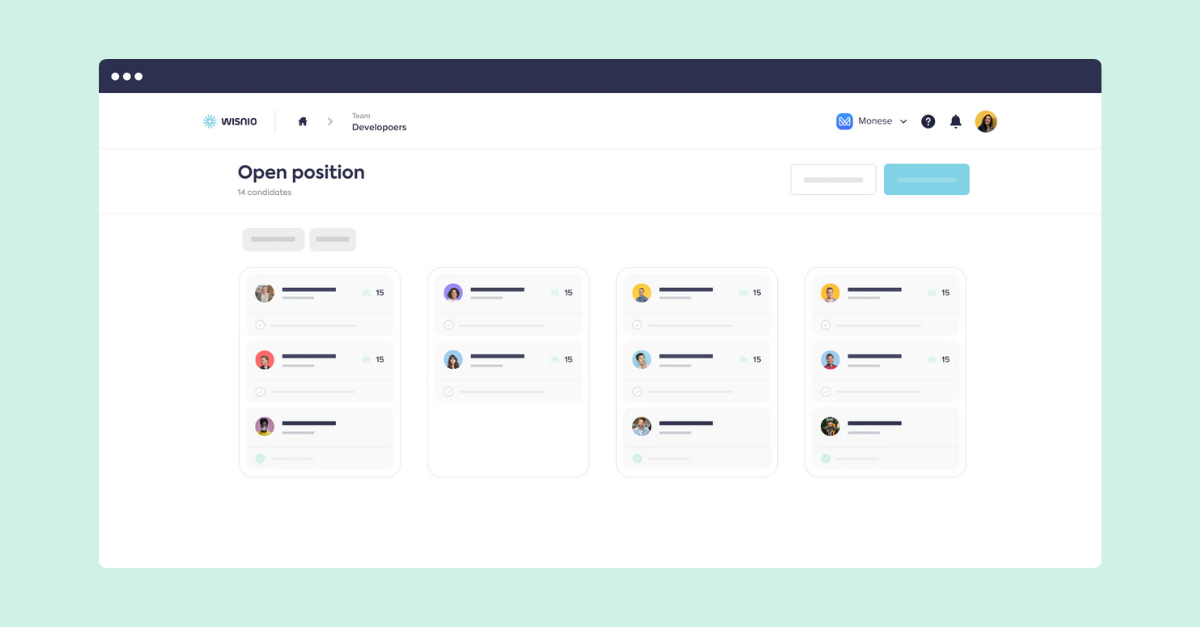 Naturally, after reading about a need to take things slowly and having a good search process in place, the next question is how exactly you define a good search process? We recently published an article on this very topic, and you can read all about it here. To summarize, here are the three things to remember:

Make sure to rate gut feeling last as this is a purely subjective criterion, and care should be taken for it not to have halo-effect (positive or negative) towards your other ratings.

Make sure to rate gut feeling last as this is a purely subjective criterion, and care should be taken for it not to have halo-effect (positive or negative) towards your other ratings.

How does a well-structured process help the headhunter?

First, you avoid unpleasant surprises like the ones described at the beginning of this post. Second, you will help your client avoid hiring mistakes and make better hiring decisions. After all, isn’t this what you are paid for?

By nudging your client towards a better process and decision making, you become closer to the role of a trusted advisor – a relationship every professional service provider should aspire to. And of-course, earning your client’s trust through excellent service will bring you more business and grow your reputation.

To learn more about Wisnio and how we can help you build high-performing teams, sign-up for a free account here.

Inside Wisnio's hiring process: How we find and hire high-performers

At Wisnio, we develop and sell a SaaS platform that helps managers make better hiring decisions. It will be no great surprise that we believe in our product and use it for all our internal hiring.